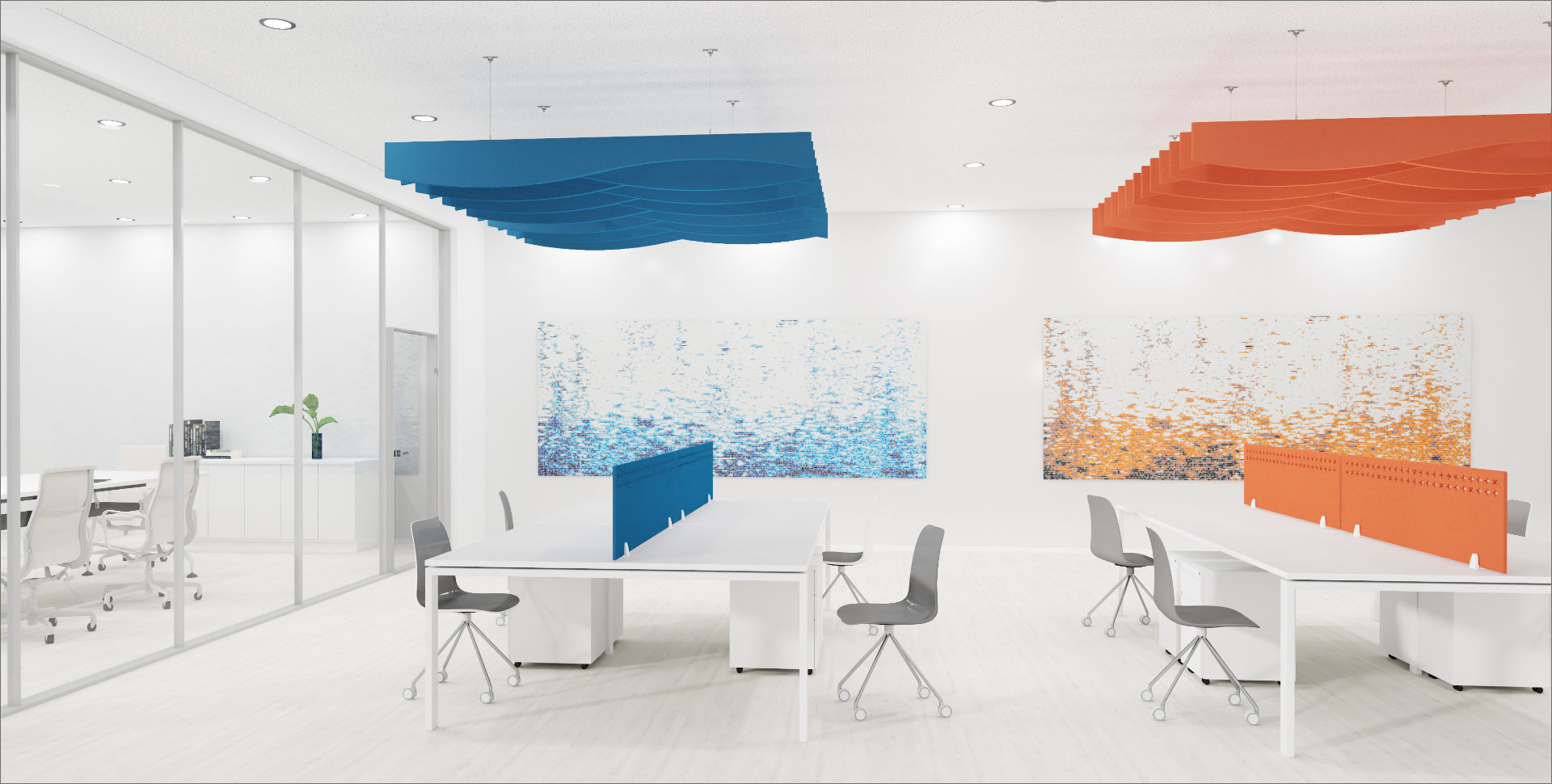 Noise is an unwanted sound: considered to be unpleasant, loud or disruptive. Acoustics is the science of sound and it is here that Hush Acoustics succeeds in providing acoustically pleasant environments using new generation acoustic materials and cutting edge technology.

Hush is about providing pleasant learning, working, and living spaces by overcoming the negative health effects of noise and adding design rich solutions. Hush operates in a new era, developing acoustic solutions by using lifecycle products, which can be used again and again. We firmly believe PET-technology is one of the answers to ecological sustainability and environmental quality products for contemporary interior design.

P.E.T. (v) is a form of polyester, it is an energy-efficient material that enjoys a very favorable sustainability profile in comparison to other design favoured products including some recyclable materials such as aluminum and glass. In the 60 years since P.E.T. was first synthesized. It has become one of the world’s most widely used, versatile and trusted materials.

The high strength of P.E.T. in comparison to its light weight is a major key to its energy efficiency. Ongoing advances in light-weight technology continue to improve its energy efficiency even further. Life cycle of studies of PET have consistently confirmed the environmental benefits of PET. Hush panels are made from 100% P.E.T. fiber of which +/- 60% is derived from recycled plastic water bottles. The production of Hush is very eco-friendly resulting in low energy use, no emissions, no off gassing or VOC’s, and no waste water. The manufacture of P.E.T. panels does not require the use of any adhesives.

Made with recycled polyster fiber. 50% +/- of which comes from recycled plastic bottles, which contributes to LEED MR credit of recycled content

Hush acoustic panel is manufactured from 100% PET(60% re-cycled material), comprising of flame-retardant fiber as new material to ensure ASTM E84 class A certification. 'Hush' Panels contain no VOC's (Sept 2018) and has a 'Sound absorption Coefficient: NRC = 0.85. (March 2016). The high strength of PET panels in comparison to its weight is the key to its superior energy efficiency.

Soft drink and detergent bottles made from PET identified by the recycling symbol are collected from consumers.

Contaminants like lids and sticky labels are removed. Bottles are chipped into tiny pellets.

Pellets are washed and sanitized.

Pellets and colours are fed into a hopper. A heater at the base of the hopper melts the pellets to form a free-flowing resin.

Resin is pumped through a sophisticated shower-rose device, known as a spinneret.

uFibers are drawn and cut, then are blended into a web.

Web is compressed, cut and ready for use.


LAlthough the procedure is applicable to materials, products and assemblies used in building construction for development of comparative surface spread of flame data, the test results may not reflect the relative surface burning characteristics of tested materials under all building fire conditions.


Upon ignition of the gas burners, the flame spread distance is observed and recorded every second. Flame spread distance versus time is plotted. Calculations ignore all flame front recessions and the Flame Spread Values (FSV) are determined by calculating the total area under the curve for each test sample. If the total area under the curve (AT) is less than or equal to 29.7 m·min, FSV = 1.85·AT; if greater, FSV = 1640/(59.4-AT).


Smoke Developed Values (SDV) are determined by comparing the area under the obscuration curve for each test sample to that of inorganic reinforced cement board and red oak, established as 0 and 100, respectively. Each Smoke Developed Value is determined by dividing the total area under the obscuration curve by that of red oak and multiplying by 100. 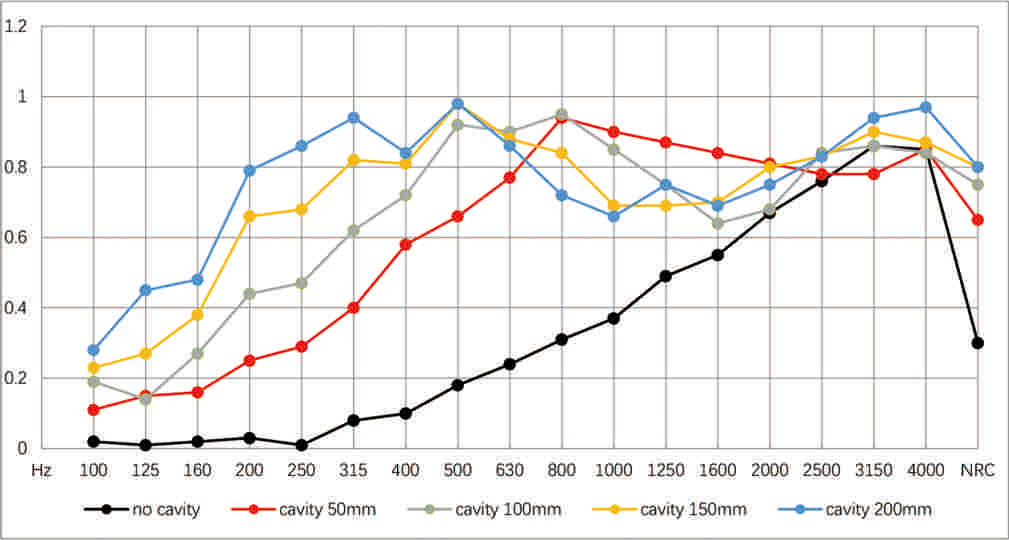 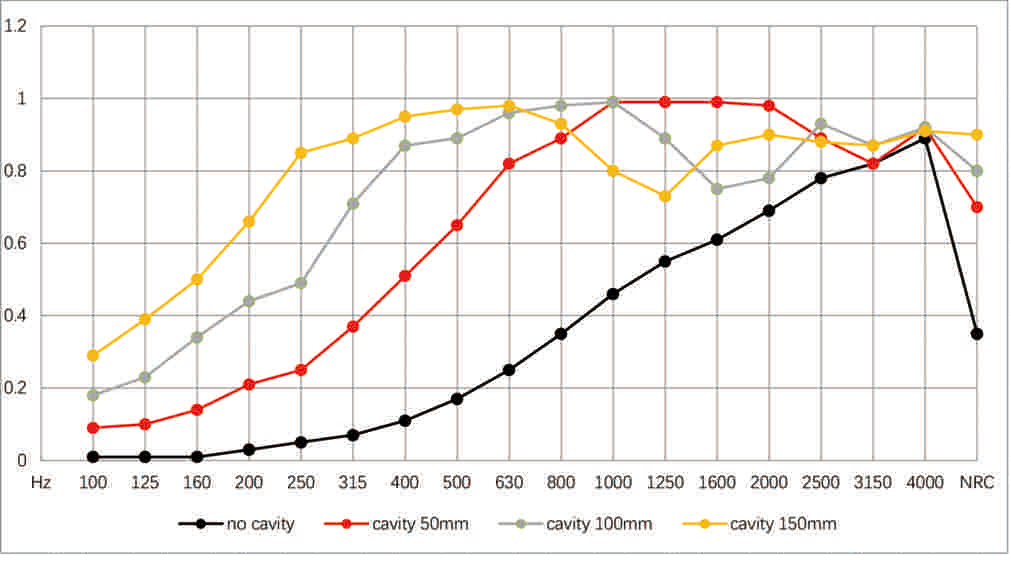 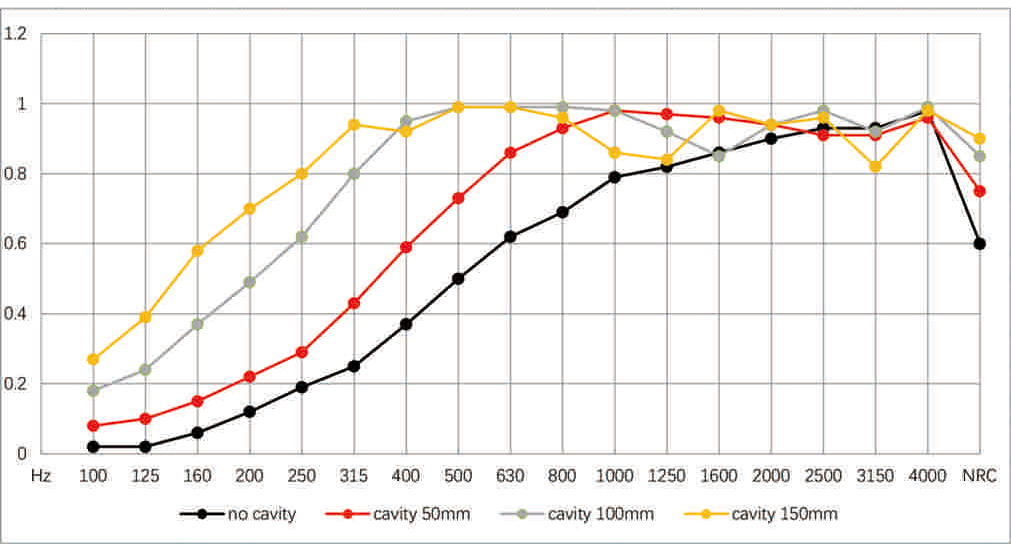 • The specimens ignited approximately 18 to 23 seconds after exposure to the test flame. Melting and flaming dripping behavior was observed. Material that dripped to the floor of the apparatus also ignited.
• The flame fronts propagated to maximum distances of 1.7, 2.9, and 1.8 metres at approximately 587, 577 and 244 seconds in to each respective test./p>

Hush Acoustics is an established business over 25 years of manufacturing experience, and is known as a company that is dedicated to both its current and future clients. Our aim is to provide the highest quality customer service exceeding the industry expectations. MityyBilt's staedy growth over the past years has come with a reputation of a high quality innovative product, a hardworking team and customer satisfaction. We deal in both the Instituional and Office settings; including libraries, colleges, halls, sports, facilities and other areas that call for "hard-working" furniture.

Hush Acoustics is known for best-in-class educational furniture and has built a reputation of engineered products that exceed consumer expectations for quality and durability. For your peace of mind, Hush Acoustics offers a limited lifetime warranty on all products.

All Hush Acoustics tables and desks conform with the most stringent indoor air quality standards by exceeding the obligations of GreenGuard Gold environmental requirements.

ush acoustic materials have been tested for a wide range of hazardous substances. Compliance with STANDARD 100 by OEKO-TEX®, one of the world's best-known labels for textiles tested for harmful substances, assures customer confidence and high product safety.